Where Surfing’s Past and Present Collide

Real Surf. No B.S.
History of Surfing in Dana Point

For decades, western pop culture has been obsessed with surfing. From lighthearted TV shows such as “Gidget” to adrenaline-inducing movies like “Point Break,” to pretty much every Beach Boys song ever, surfing terms have become part of the American lingo. Even those who’ve never set foot on a longboard surely know the terms “hang loose” or “shoot the curl.” And nowhere in America is this truer than in Southern California, especially Dana Point.

To talk about the history of surfing is to go back further than most people might expect. As long as there have been waves, people living near them have sought to hop on and ride them, whether to aid in fishing or just to take part in the ancient version of “hanging ten.” Eventually, locals discovered that Dana Point had that special sauce that could turn it into an epic surfing town. And that’s exactly what it became, long before the town even had a name. 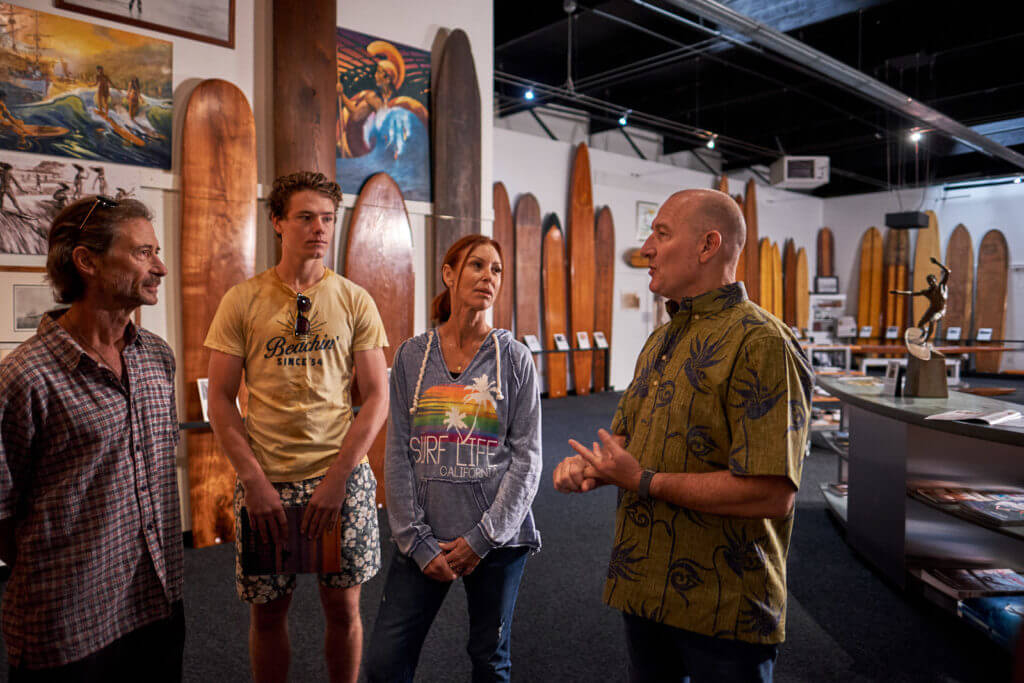 Located at 110 Calle Iglesia in nearby San Clemente, the Surfing Heritage and Culture Center (aka ‘SHACC’) is ground zero for surfing history, celebrating the men – and women – who pioneered the sport in the region and around the world. With a mission to help preserve surfing’s heritage and culture, SHACC’s exhibits tell the story of surfing’s early days through so many archives, photos and memorabilia that it has earned the nickname “The Smithsonian of Surfing.”

Exhibits include countless early surfboards (including one with a prominent shark bite!), historic photos, surf art and even a few Hobie skateboards. The center is also home to book signings and lectures on the early days of surfing. Surfing legend Dick Metz founded the Surfing Heritage and Culture Center and remains a board member to this day. The museum is open daily (except Mondays) from 11 a.m. to 5 p.m. Learn more here or by calling (949) 388-0313.

The Surf Heritage and Culture Center will be relocating to Dana Point Harbor as part of the ongoing Dana Point Harbor renovation project. While formal plans are still being drawn up, this important shrine to local surf culture will soon be oceanfront and center.

Dana Point celebrates its coastal history and the iconic watermen and women that helped to shape the surf industry with the realization of PCH Plaza and Watermen’s Plaza. Located along Pacific Coast Highway just past its official starting point at the 5 freeway, the plazas feature unique artwork and a stunning collection of life-size bronze statues of the innovative athletes and artists who made their mark in Southern California and throughout the world while they lived, worked and surfed in Dana Point.

The statues in Watermen’s Plaza that celebrate local surf heritage include:

Best known for his documentary The Endless Summer, Dana Point resident Bruce Brown was one of surfing’s first filmmakers. Brown was inducted into the Surfers’ Hall of Fame, and in 2014 he was given the first Surfing Heritage and Cultural Center Lifetime Achievement Award.

Hobie Alter on a Hobie Cat

In the world of water sports, few hold the revered status of Hobie Alter. He led the way as America fell in love with surfing. And then he turned around and revolutionized sailing. Even for land-lovers he left an indelible mark on California and American culture. In the mid-‘60s with his Dana Point surfboard business booming, Hobie turned to something new. Years earlier he had ridden catamarans in Hawaii. He and his friends even built a few to play with. Hobie made one he could mass produce which we now know as the Hobie Cat, the first small commercially available catamaran.

Phil Edwards rode waves in the ‘50s and 60s with a stye that surpassed other surfers, turning with finesse and walking the board. His friendship with Hobie Alter and Bruce Brown drew him to Dana Point where he worked in Hobie’s shop and surfed Killer Dana even as he became a national star. In 1966 he became the first surfer to be featured on the cover of Sports Illustrated.

John Severson wove art into the surfing culture and influenced several emerging surf artists. In 1960 he produced a 36-page booklet called The Surfer to promote his film Surf Fever. The Surfer became the first issue of Surfer magazine, founded in Dana Point, that became recognized as the “Bible of the sport.”

The statue of American surf legend and pioneer Joyce Hoffman will be unveiled at Watermen’s Plaza January 27, 2022. Raised in Dana Point, Joyce Hoffman dominated women’s surfing throughout the ‘60s. Among her accomplishments, she won three United States Surfing Championships in a row and took a fourth title in 1971. Hobie Alter gave her one of the biggest honors any surfer can achieve. He designed her own signature surfboard model. The first ever for a female surfer.

The husband and wife team of Steve and Barrie Boehne have been a tandem surfing team since the 1960s. Competing in the sport for nearly 40 years, the Boehnes were ASP World Tandem Champions in 1972 and 1995, winning more contests than any other tandem team in history. The couple runs Infinity Surf in Dana Point, crafting thousands of surf boards under Steve’s direction.

As the birthplace of U.S. surf culture, Dana Point’s surf history is extensive from the days when kids drove write onto Doheny State Beach to today where surf culture isn’t just a story from the “good old days.” It plays out in the way we live our lives.

Here are some of the most interesting facts about Dana Point surfing history:

Explore Things To Do 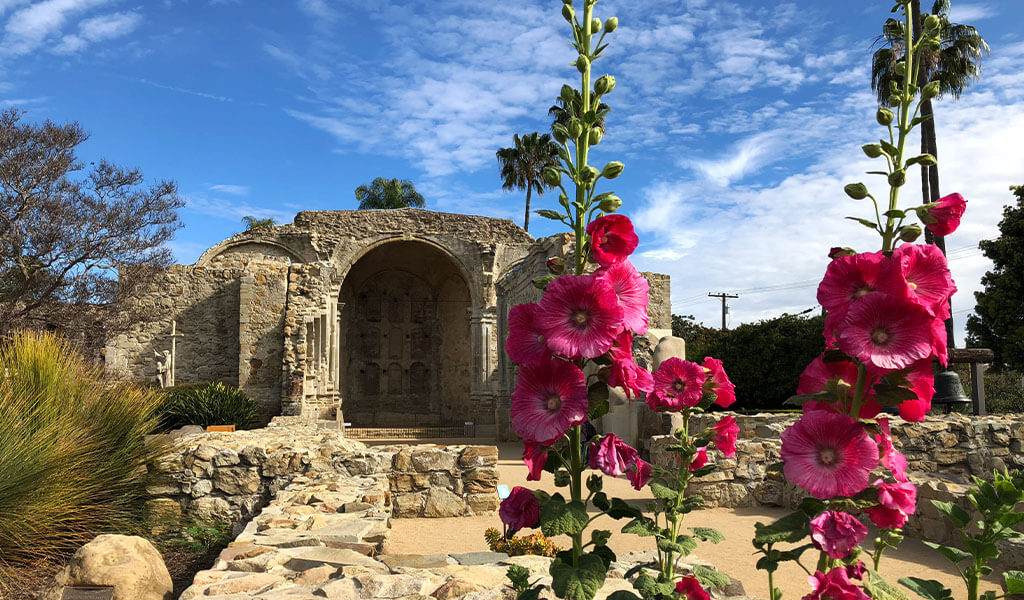 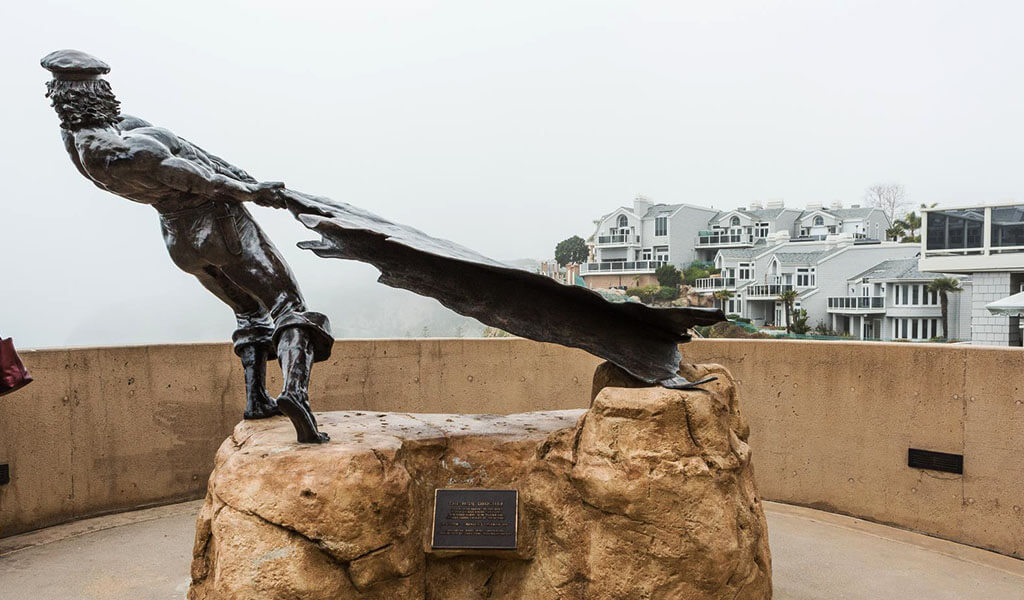 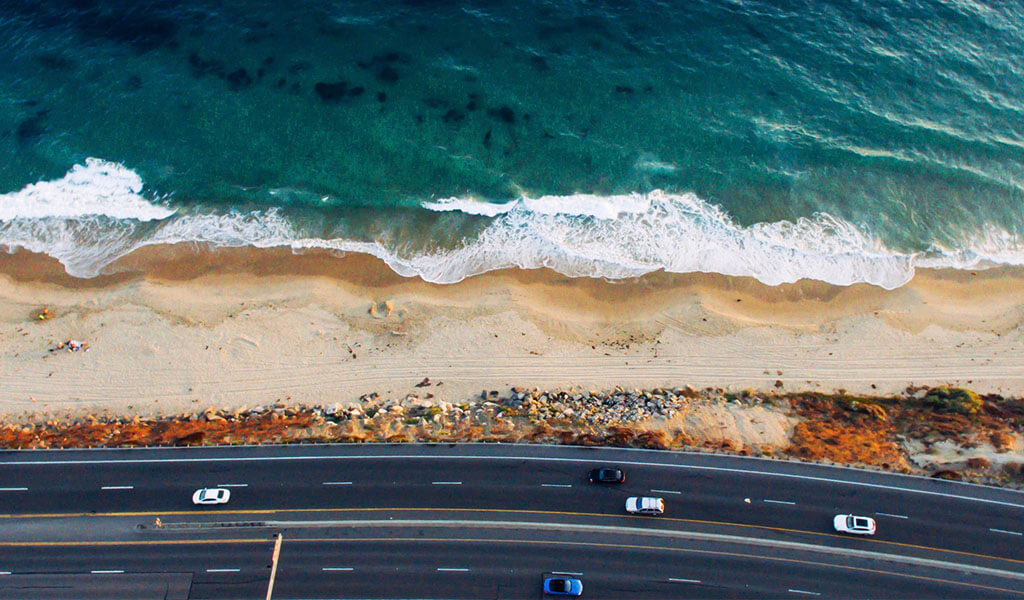 The Start of the Pacific Coast Highway