Around Dana Point, Art & Culture, Things to Do

Dana Point, CA: The classic tall ship Spirit of Dana Point is an iconic figure along the Southern California coast. For generations of children the ship has served as an unforgettable educational experience in ocean-related science, technology, engineering, art and math (STEAM) disciplines, California maritime history lessons, and team-building skills. Now Spirit, as the ship is fondly referred to by its dedicated volunteers and crew, will receive a new engine as a result of a recent fundraising campaign that has now surpassed its goal.

Last June Ocean Institute received notification that it was a successful applicant for a highly competitive grant from the California Cultural and Historical Endowment. The grant for $68,745 was exactly half of the cost to replace the ship’s tired engine. A fundraising drive was immediately launched to raise the necessary matching funds for the ship to enter the shipyard, complete the work, and return to service as an ocean classroom.

“We are so thankful and humbled by the donors who stepped forward with surprisingly generous contributions to make this happen without delay. We received calls from people committing $5,000, $10,000 and $25,000 gifts, and we quickly realized how much Spirit means to so many people,” declared Dan Pingaro, chief executive officer of Ocean Institute.

Donors include Tom and Grace Lieblein who said, “We truly believe in the mission of the Ocean Institute, and have a passion for the tall ships and their critical role in the institute. Spirit’s new engine will ensure that it continues supporting Ocean Institute education programs.”

Spirit will head to Marine Group Boat Works on San Diego Bay, CA in late October where a new, low emissions John Deere 265 horsepower Tier 3 marine diesel engine will be installed. Herb Engel, CEO of Marine Group Boat Works stated, “We take pride in our commitment for supporting green initiatives that allow both industry and communities to stay on the forefront of conservation. Working with Ocean Institute to repower its tall ship to achieve their conservation and education goals is something that our employees will be proud to accomplish. This is a very special ship.”

Spirit of Dana Point is a traditionally-built replica of a 1770’s privateer schooner used during the American Revolution. Embodying the expert craftsmanship of historian and shipwright Dennis Holland, the ship was built in Orange County and launched in 1983. Formerly Pilgrim of Newport, this 118-foot schooner has proven to be an excellent teaching platform. The ship is a rare example of a once robust fleet of California tall ships representing the state’s maritime, economic and cultural heritage. Each year more than 5,600 students embark on Spirit for educational voyages, including underserved children who do not have access to the ocean.

About Ocean Institute
Ocean Institute is a highly respected ocean science, maritime history and experiential education nonprofit located in Dana Point Harbor. This modern waterfront campus is adjacent to a federally-protected Marine Life Conservation Area, and encompasses 33,000 square feet of hands-on exhibits, science labs and a live collection of 1,100 specimens of local marine life within 92 aquariums. Central to its unique identity throughout California and essential to its experiential mission, Ocean Institute operates two impressive tall ships. Spirit of Dana Point is a 118-foot schooner, and Pilgrim is a 130-foot square rigged brig built in 1945 in Denmark. Pilgrim is a replica of the ship made famous by Richard Henry Dana Jr. in his epic memoir “Two Years Before the Mast”, that chronicled his 1830’s journey along the California coast. Ocean Institute also operates the 70-foot research vessel R/V Sea Explorer.

Over forty years, Ocean Institute has impacted the lives of two million California students with this mission statement: “using the ocean as our classroom, we inspire children to learn.” Ocean Institute has mastered a continuum of structured academic programs for students from elementary through high school, and inspires over 100,000 students and the general public each year to learn with a hands-on approach to ocean-related science, research and conservation. Ocean Institute’s program inventory is based on STEM principles aligned with California education standards. To learn more or become a member, visit www.oceaninstitute.org. 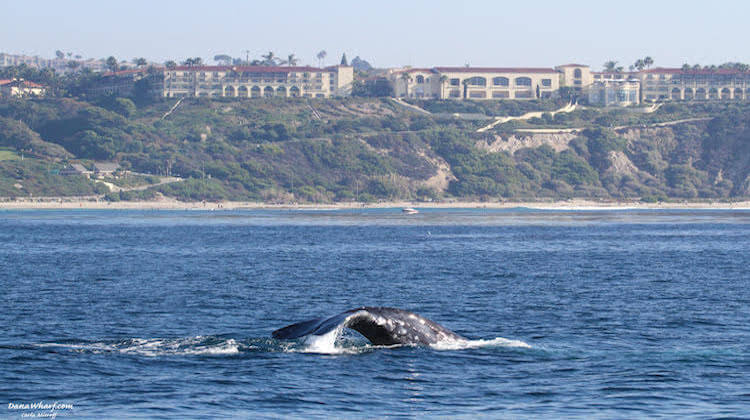